Water water everywhere….But is it safe to drink ?!?! 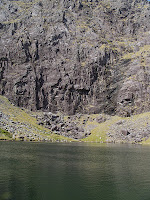 When out guiding people in the wilds and mountains I get asked alot of questions about all matter of things. One of the most common questions is…
“Is the water safe to drink ?!?!?”….

In my own personal experience of years walking and climbing in Ireland I have never had a problem, and so generally my answer is… “Yes, it should be o.k…no prob….but the only way to be 100 percent safe is to not drink from the wild source at all”…..
And of course I always pass on the standard rules learned years ago in the scouts….
1. If drinking without filtering/boiling untreated water from remote streams – always have a cursory check up-stream for any sign of dead or decaying animals such as sheep!!!
2. If the water is running, it looks clean, and theres no farms or any other civilisation above it then most likely it should be o.k.
I have begun to look into this a bit more so that hopefully I can give a better and more informed answer…. 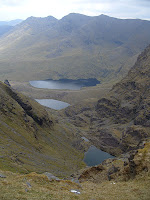 The slightly worrying thing is how hard it is to find any reliable data on the purity of mountain streams. 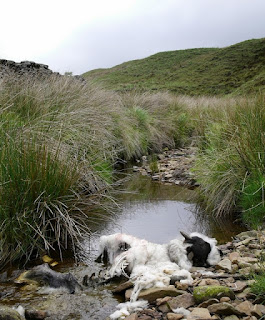 Dead Sheep. In reality, the chances of finding a dead sheep upstream of you are relatively small, the same’s true of  deer, rabbits, otter, dodos and so on, though there are plenty of horror stories out there about finding just that. It can happen though, it’s just not as common as you might believe.

A safety first approach is to avoid drinking unfiltered or unboiled water from any source high or low. In more remote areas, like much of the Irish hills there seems to be a good chance that you’ll be fine, however anyone who’s been afflicted by contaminated water, will know that however remote the possibility, it’s a genuinely nasty and, potentially, dangerous scenario.
An easy to carry and use precaution is a bottle with a built-in filter. If you do use one, be aware that even though the water inside the bottle is filtered, water on the outside could still be contaminated, so use it carefully.
If you don’t or can’t purify water, you can reduce the chances of contamination by never drinking from streams below agricultual useage – not easy where sheep are roaming the hills – by sticking to fast-flowing water sources and avoiding still bodies of water, by avoiding water close to camping spots and popular walking routes and in general, staying as remote as possible.
It may seem over-cautious, but i’d suggest the safety-first approach, that said, in more remote areas, chances are you will be fine by following the few basic rules.
The consensus (for Ireland anyway) is that boiling for AT LEAST 2 MINUTES  should kill most organisms that would cause problems such as :Salmonella, Shigella, Campylobacter jejuni,Yersinia enterocolitica,E.coli,Entamoeba histolytica,and the one in the news over the last few years – Cryptosporidium… 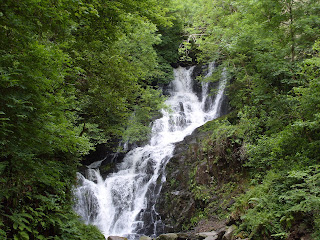 Giardia, E.coli etc…
One is that giardia is becoming more common in the Ireland and the UK, so while you may associate it with developing countries, it’s actually possible to be infected by drinking contaminated water from a mountain stream.
Giardia cycsts can survive for months in cold water, making them a particular hazard. The parasite is passed on by contamination from faeces so in general, the higher and more remote the water source is, the less likely it is to be hazardous.
Then there’s E.coli, a relatively recent arrival that colonises sheep and cattle being present in water and dung.

In a study in Finland,139 water sources of both rivers and lakes were analysed for 5 consecutive seasons between 2000 and 2001 for various enterpathogens and fecal indicators. Out of these 139, 57 contained a value of the above likely to infect humans!!! 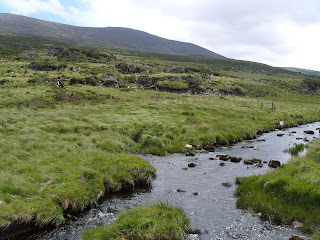 In Scotland they are now having to deal with problems caused by the huge increase in wild camping in places like Loch Lomond and the Trossachs. The problem of human jobbies has now got so bad that small shops, tourist offices and park offices are to distribute free people bags which are like doggy bags but a bit bigger….