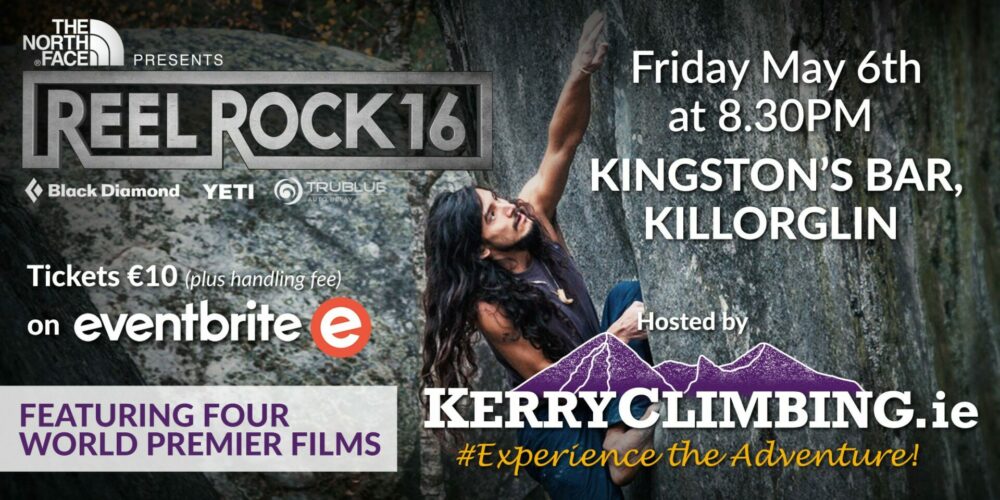 Kerry Climbing is delighted to host the Reel Rock 16 !

Join us for Pizza, Pints & Cool Films in Kingston’s Bar, Killorglin on May 6th at 20.30pm

Join us in Kingston’s Beer Garden for a laid back al fresco evening of cool climbing flicks, delectable doughy pizza goodness, tasty beers and cocktails and relaxed chilled out vibes.

Bring along your nice comfy cushion, your warm cosy throw or snug puffy jacket and enjoy a laid back evening of rad films, delicious food and drink and a laid back atmosphere.

For the last quarter of a century Reel Rock has been producing some of the best climbing films out there and this year promises to be no exception.

The RR16 has four films lined up:

A horizontal big wall adventure with Tom Randall and Pete Whittaker on the longest, most ridiculous crack climb ever attempted.

Big Things To Come – The story of Alex Johnson’s ten year journey to climb The Swarm – an iconic problem that broke her down and forced her to face her true self. One of the awesome new films in this year’s lineup!