Our most recent goings on….

Headed out to the Reeks Mountains late on Saturday night with 3 good mates and spent an utterly incredible and truly invigorating 9 hours climbing under a sensational full moon on Corrán Tuathails snow & ice covered North Face!!! 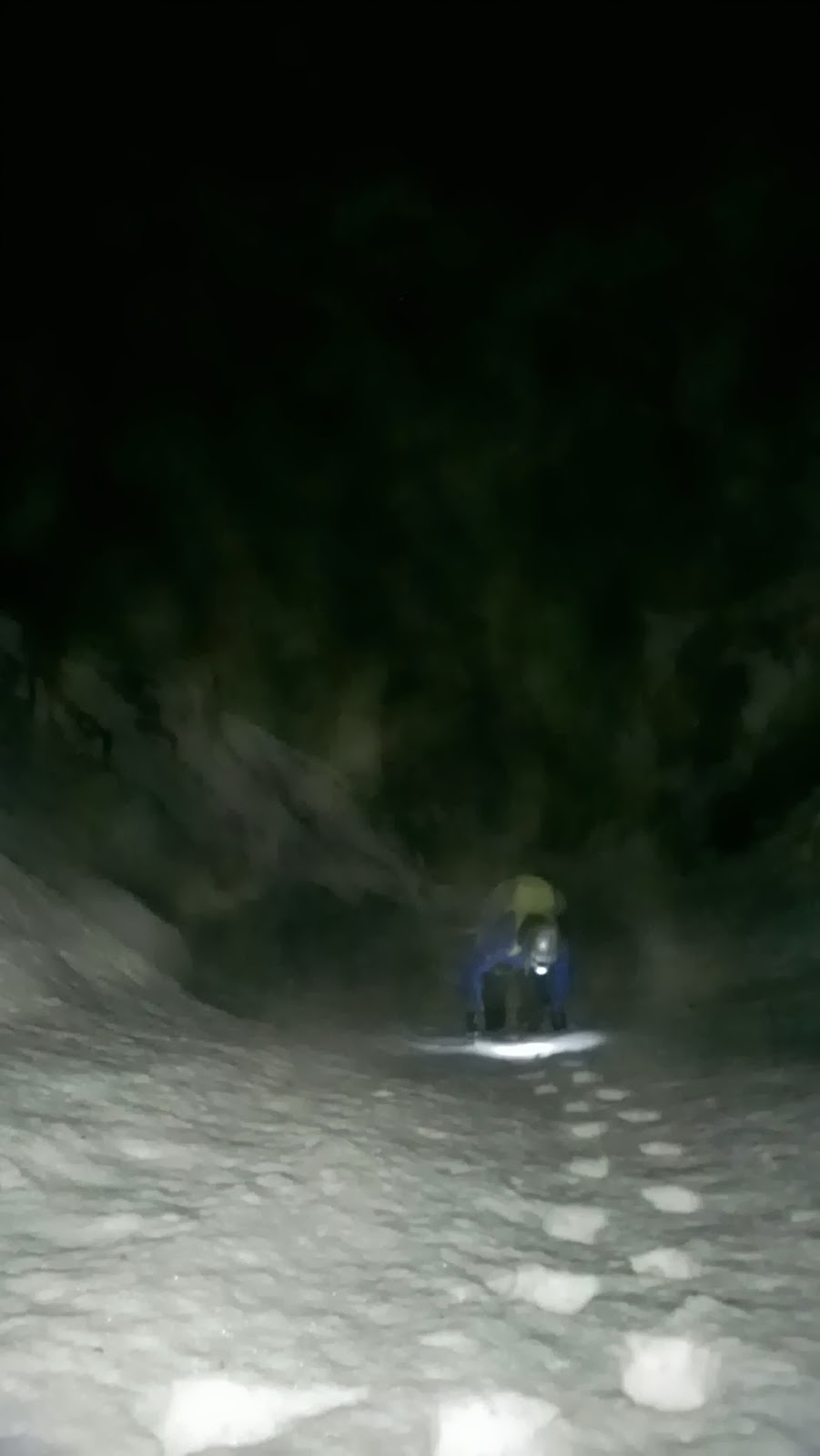 Forecast was cold and settled with a wetter front sweeping in by the following afternoon and so we
departed the car from Lisleibane at 11:00pm with the aim of climbing through the night and hopefully ticking off 2 routes in super Winter condition – “Collins’ Gully” and then the Super classic Ice & Snow climb – “An Cumar Dheis”, more popularly known as “The Lick.
Made it up to the Heavenly Gates in great time and after dressing for battle we whacked ropeless up our first objective – “Collins’ Gully”, the steep firm snow slope ahead illuminated by the spectacular Moon above.
A phenomenal hour or so spent whooping and yahooing our way up this and after resting a short while high up at the Gullys end and deciding to leave the very summit until the next time around we carefully traversed East across the face to pick up the track that led us back to the Heavenly Gates once again.

After collecting our climbing rack and a rope we had left here earlier we then made our way back down to the Eagles Nest and slogged our way up to the next route of the night – “The Lick”. Took a nice break before commencing this climb with Brian boiling up a pot of snow on the stove he’d brought along and we each enjoyed a delicious mug of piping hot coffee and some tasty chocolate treats to reinvigorate our tiring bodies.
We roped up for this one though and again kicked and axed our way up this wondorous Ice climb of approx. 350Mtrs+ in length. 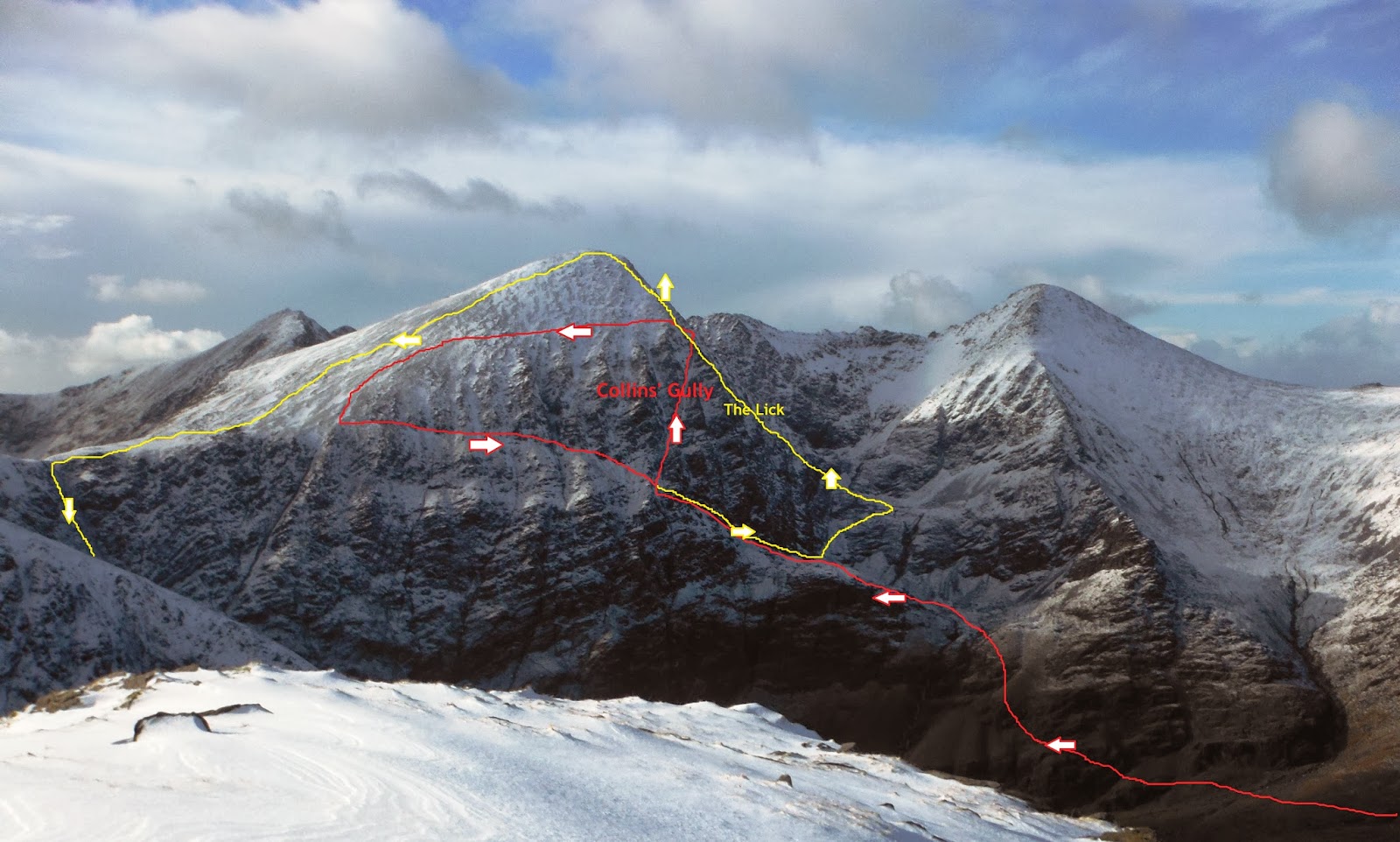 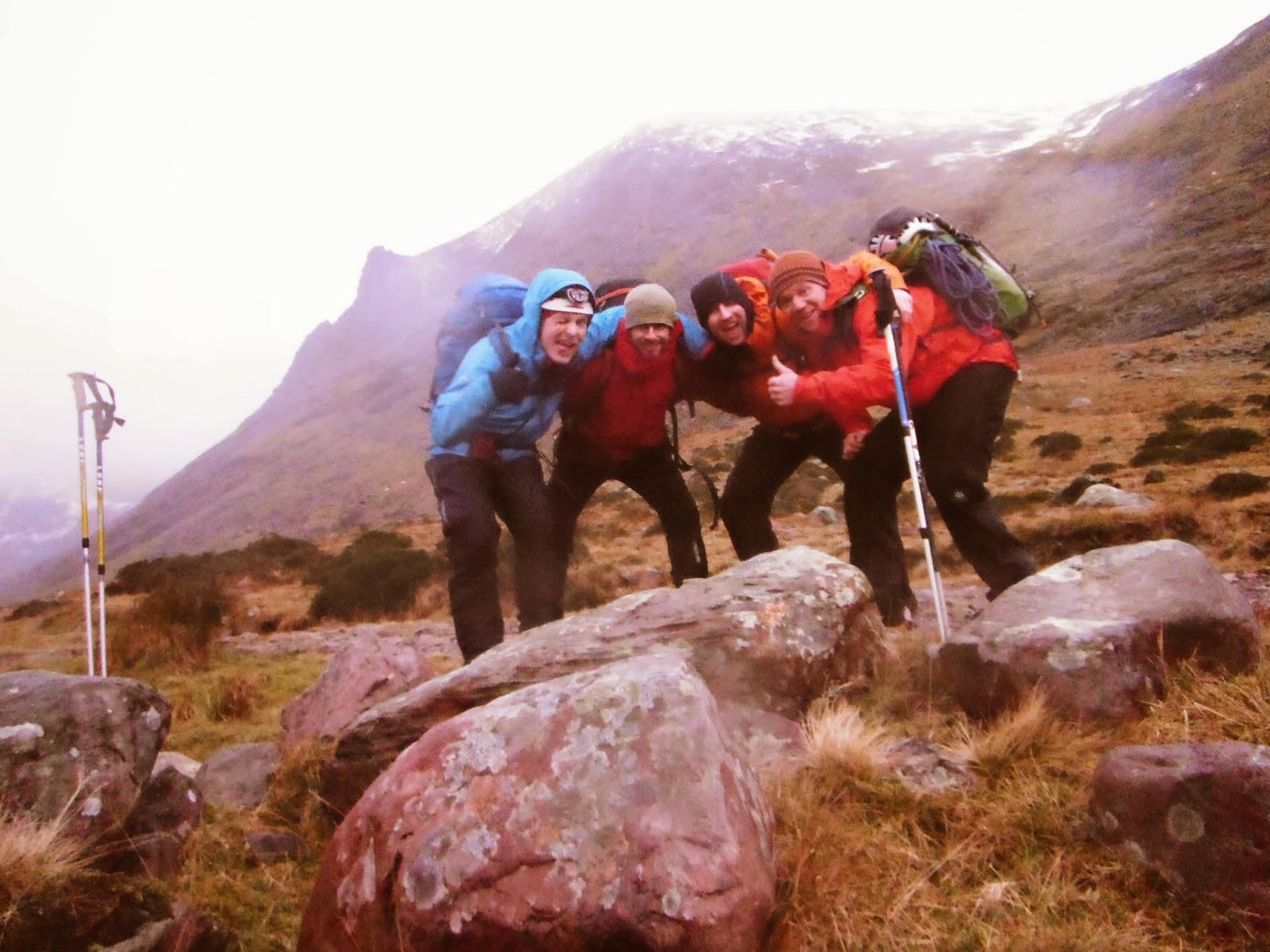 Initial soft and cruddy snow soon improved and every kick of each cramponed boot and every whack of each axe was simply bliss!!!

We topped out practically at the summit cross at around 5am, an impressive 2 hours  after leaving from our coffee spot far far below. We descended slowly back down into the Hags Glen via an extremely deep snow filled Devils Ladder and exhaustingly walked and part staggered our way back to Lisleibane. After the short 5 minute drive we arrived back to my place at approx. 8:30am where Catherine treated our shattered bodies to a massive big Fry up, buttery toast and buckets of piping hot tea and coffee to help re-energise our now flagging souls.
An astounding and sensational night for sure and one that’ll forever rank with the most memorable and very best 🙂

A really inspiring and highly entertaining talk by Nick Bullock telling mad tales of Winter climbing in Scotland, New Routes ,Hard repeats, Wafer thin Ice-Climbing in New England and an attempt at the unclimbed North face of “Chamlang” and his successful first ascent of “Hunku” both in Nepal. 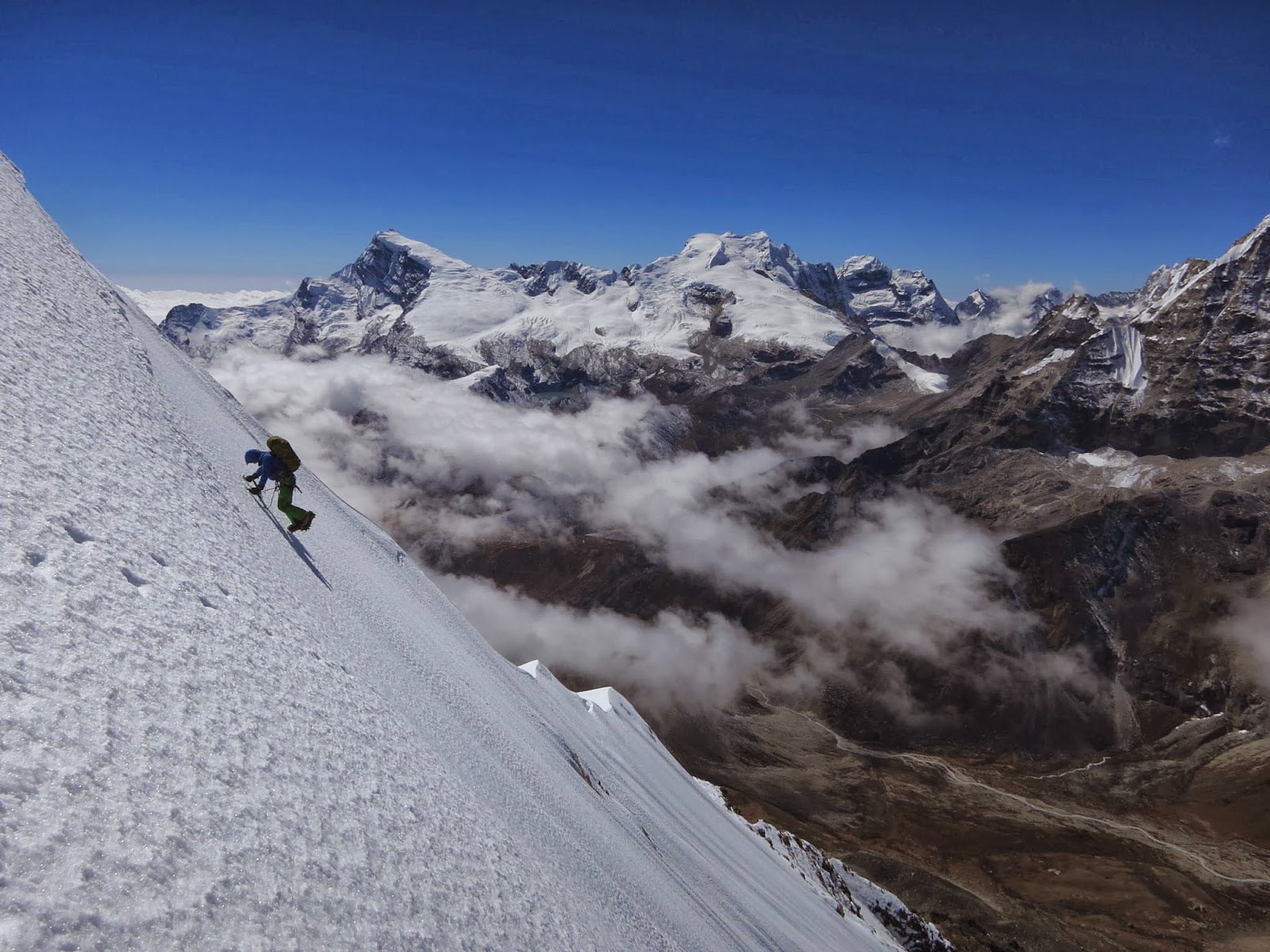 This was the exciting Finale to another instalment of our inspiring Winter Lecture Series which is now already into it’s 3rd year. Our highly successful series of evening lectures have in the past had a host of top climbers entertain and inspire with crazy tales of first ascents and vertical adventures from home and abroad…
Hosted in Association with U.C.C Mountaineering club these talks to date have raised over €2100 for Mountain Rescue and climbing related beneficiaries with this year proceeds going to the Kerry Mountain Rescue team

Thanks to UCC Mountaineering club for their kind assistance in hosting the series and to all those who gifted us with some truly fantastic raffle prizes.

A BIG BIG THANK YOU TO :

Paul Innes of Core Outdoor Ireland
Thanks to ALL of you who came along, helped spread the word, supported and of course – enjoyed the series. We appreciate it