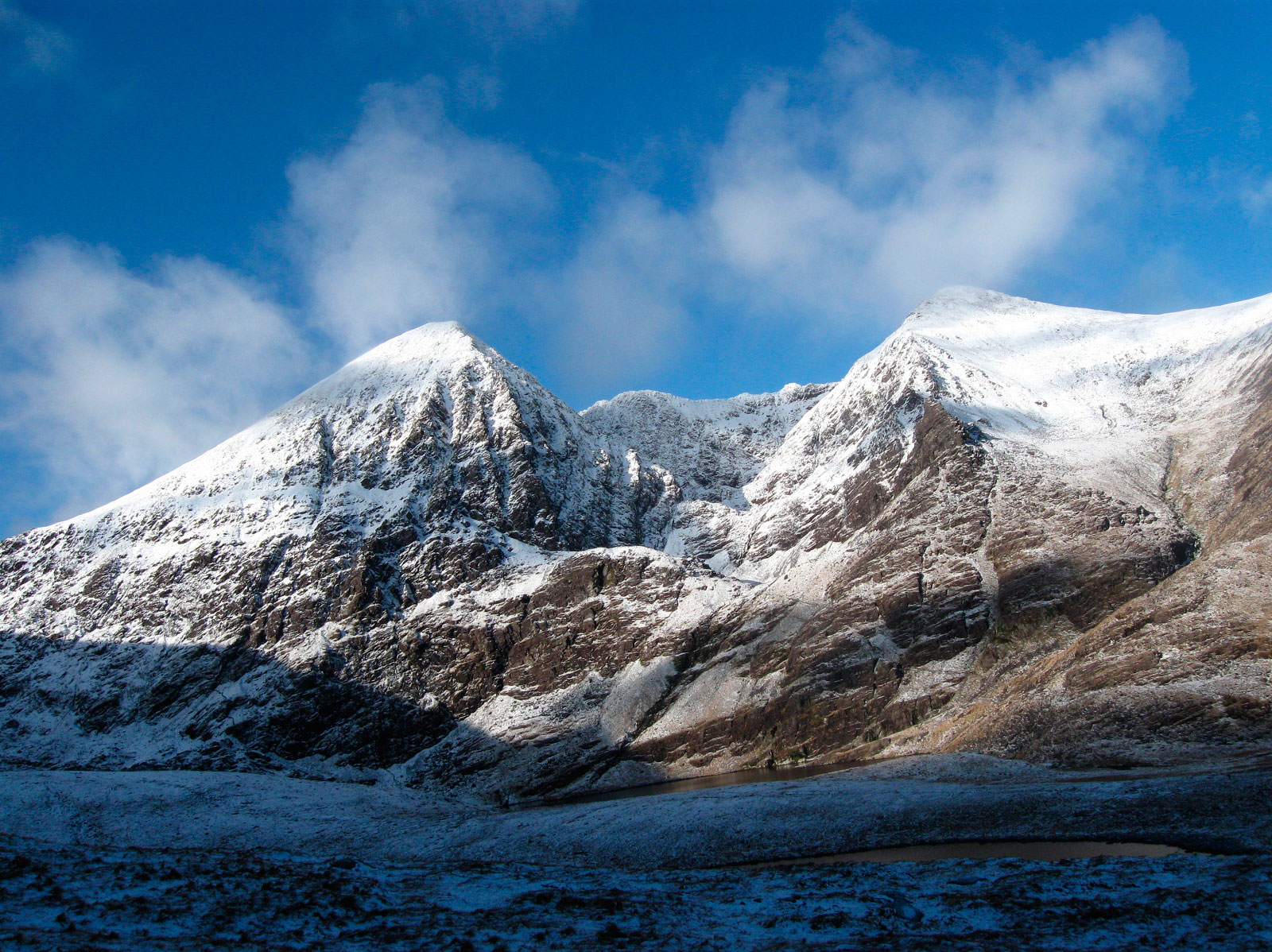 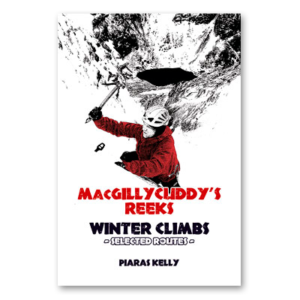 MacGillycuddy’s Reeks Winter Climbs – ‘Selected Routes’ is our superb, full-colour guide to some of the very finest, best known (and not so known!) along with the most popular Winter climbs to be found in the magnificent mountains of the MacGillycuddy’s Reeks, County Kerry.

MacGillycuddy’s Reeks Winter Climbs was initially only ever intended as a pdf for the online Irish climbing information resource – Climbing.ie but over a short space of time this simple project just seemed to evolve, grow and develop. It was a project I took on board for a number of reasons but never once did I envisage that it would finally culminate with a palpable guide book. It simply began as an effort to improve on what I frustratingly felt was the lack of available information regards winter climbing routes on Corrán Tuathail and the surrounding peaks of the Reeks.

Prior to this the only other existing info available seemed to be a just a few short snippets and grainy photos of rarely frequented lines which could be found in the wiki on Climbing.ie, and in particular just one impressive single aerial photograph of Corrán Tuathail. This superb photo of the snow covered mountain with all the climbing routes and names clearly marked along with the names of the first ascensionists and dates was until very recently also available to purchase in large poster format. It was much sought after and served as the main and only source of essential info for the weekend warrior heading to the Reeks, especially for some wintry battles! It was compiled and printed by one of the true pioneers of climbing in Kerry and leading authority on potential and existing established routes, local climbing legend – Con Moriarty. This print for many years served the climbing visitor to Kerry extremely well. Prior to Climbing.ie finally adding it as a zoomable file to their route database, there’s no doubt many like myself will recall evenings pouring over and scrutinising this image with magnifying glass in hand, trying to decipher and pick out the start to perhaps a much sought after tick or even just the following days objective. So hence I began the process of improving on this. 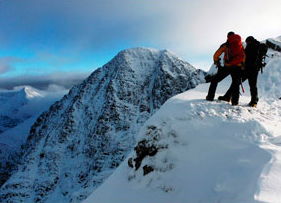 Initially the goal was just for a few improved pictures with topos along with perhaps a little more detail on the routes in question, but slowly it snowballed – (pun intended!).  The aim of the project was never meant or intended to be the definitive guide but quite simply meant as an addition and hopefully a positive welcome improvement to the already existing but severely limited information. I restricted the choice of climbs to ‘Selected Routes’ with an emphasis on lower grades to include the most popular, clearly defined or simply just aesthetic but have no doubt that many other fine routes exist of which I am unaware or perhaps have never even been logged.

Being Ireland’s premier mountain range it is well and truly justifiable that the area be deserving of a winter climbing guide. With the addition of many impressive and spectacular photographs from my own archive acquired over many years spent climbing these peaks along with other sensational photos taken by friends it is hoped that I’ve done justice in fulfilling another objective by showcasing these magnificent mountains as the sensational Winter climbing venue they are.

It is now available to purchase from the link below…

A spectacular route in a truly magnificent setting. The 2nd most popular way to gain the summit of Ireland’s highest and taking you through awe-inspiring wild mountain scenery. Graded as Strenuous – involves some sections of easy scrambling. 6.5 + hrs. Good level of fitness is required. Ref 25/01 Confirmed

Howling Ridge is truly superb and is renowned as one of Ireland’s classic multi-pitch mountaineering routes. Steep, committing and exhilarating, it is a well defined route which cuts up the North face of Corrán Tuathail. It is graded Very Difficult/Severe in summer. Entire day is 7.5 hrs + approx. and an overall distance of 9 ½ km. Previous rock climbing/scrambling experience essential. Ref 27/01 Confirmed
Jan
2020

A wonderful moderate graded walk and views that are truly marvelous, of beauty, grandeur and sublimity of everything around this enchanting spot. A fulfilling and invigorating trek and rewarded for the not too exhausting toil with awe-inspiring views and enthralling tales of natural & ancient history. 4-5hrs, 8km: ref 29/01 Confirmed
Feb
2020

Carrauntoohil by the Devils Ladder

Though still graded as difficult this is still one of the most straightforward ways to ascend. A hugely challenging day but very achievable! A circular route providing spectacular views throughout – weather permitting of course! Note that a good level of fitness is required for any ascent. Time: 6.5 hrs+ approx. Ref 01/02 Provisional - minimum numbers are required in order for this ascent to go ahead, please get in contact if you are interested and make this ascent happen!!!
Feb
2020

A spectacular route in a truly magnificent setting. The 2nd most popular way to gain the summit of Ireland's highest and taking you through awe-inspiring wild mountain scenery. Graded as Strenuous – involves some sections of easy scrambling. 6.5 + hrs. Good level of fitness is required. Ref 08/02  Provisional - minimum numbers are required in order for this ascent to go ahead, please get in contact if you are interested and make this ascent happen!!!
Feb
2020

A spectacular route in a truly magnificent setting. The 2nd most popular way to gain the summit of Ireland’s highest and taking you through awe-inspiring wild mountain scenery. Graded as Strenuous – involves some sections of easy scrambling. 6.5 + hrs. Good level of fitness is required. Ref 08/02 Confirmed 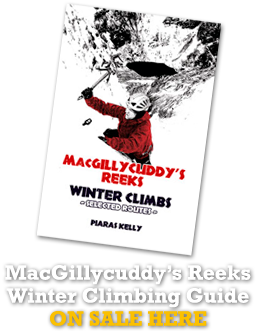 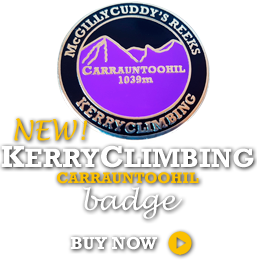 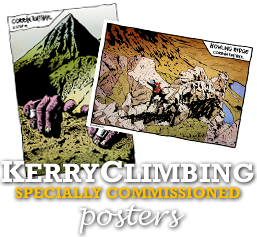 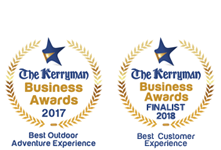