Well the biting cold weather has finally abated and it’s only now I’m beginning to pack away the Winter gear….and tomorrow’s the 1st of flippn’ JUNE!!!!

Way back in early December, I was asked by Nigel of our equipment partner Alpine Sports to try out one of the new “Woolpower” base layer garments he had just become the Irish agent for and to see what I thought.
The manufacturers are committed to the production of warm undergarments and mid-layer clothing and the entire production is based in Östersund, in the northern part of Sweden. 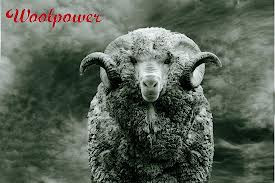 Always delighted with a freebie and soon to be heading to the freezing highlands of Scotland for my annual “Winter Fix” I was only too delighted to give the Merino wool/polyamide sweater a go and was not only impressed with Nigels initial claims of it being “super cosy and warm” but also hooked with his claim that after wearing it daily for a week it would still smell as fresh as it did the first day I pulled it on!!!!
Now there’s a challenge….especially as the weather forecast was for 8 days of blue skys and sunshine which meant we would be climbing EVERY day and sweating buckets!!!! 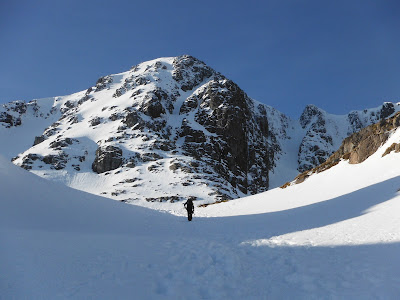 If you’re only out for a day or two, that’s something you can get over, but if you’re out for more than that ,well the stink definitely becomes an issue. I have until now always used synthetic baselayers, but since going for merino I will not look back, the no-smell factor alone is a winner for me. It is also extremely comfy on the skin and its obviously very warm. I do sweat quite a bit, summer as winter, so the warming while moist properties are a further massive benefit. The product I was wearing was the “crewneck 200” and I wore it in Scotland all day every day, mostly on its own with NO OTHER over layer needed…..and sometimes with only my Rab Vapourise over it and all while climbing ice, snow and mixed.I wore it on freezing night and day climbs in the Reeks,Galtys and Comeraghs and ALWAYS remained as Nigel had boasted –

Ok, here’s the science behind the product…. 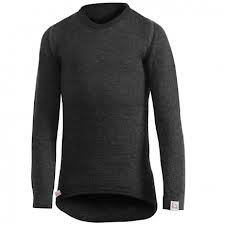 First off, the company uses wool as its basic ingredient because Wool keeps its shape; it insulates against both heat and cold; it’s moisture-absorbing and will keep you warm even if it gets wet; it’s generally bacteria-resistant; it’s easy to air out, does not need to be washed often, and the hook for me- merino doesn’t smell.
The downside to wool is that it doesn’t wear well. To make it last, Woolpower adds the minority ingredient of polyamide (nylon), which is strong, elastic, moisture-resistant, quick-drying, and wears well.The combination of Merino wool, which is finer than regular wool and polyamide produces a textile they’ve named Ullfrotte Original. The outside is smooth, and the side that goes against your skin is knit into fine loops, which act like little pockets that trap heat–the garments are essentially made up of “trapped air”. The arrangement ensures that moisture is transported from the inside towards the outside, preventing sweat from sticking to your skin and freezing in below zero conditions.
Comfort is aided by the fact that the sweater and has no lengthwise seams, the back is longer to avoid gaps and the cuffs are sewn in. 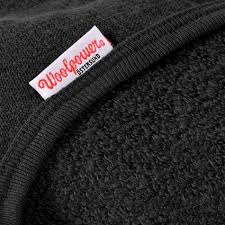 You can check out and purchase the Woolpower range of baselayers, leggings and much more from our online recommended equipment partner Alpine Sports at http://www.alpinesports.ie/

You can also read more about the Woolpower products at : http://www.woolpower.se/en/products/

Cheers Nigel and Alpine Sports for the fantastic addition to my kit and don’t suppose you want me to try out the Woolpower T-shirt by any chance now that the sun has finally begun to shine?!?!?!…….