A less risky route to the roof of Ireland… 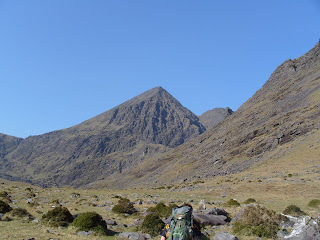 Ireland’s highest mountain has been made safer by the construction of a bridge in the Hag’s Glen – and increased co-operation between those who own the land and those who use it for recreation
IT WAS A benign morning about 20 years ago when our walking group left for the summit of Carrauntoohil from the traditional starting point at Cronin’s Yard in Mealis, Co Kerry. The going was good as we tripped over the stones in the River Gaddagh and headed upwards on what seemed a perfect day.
The mountain had other ideas, however, and as we neared the top it enveloped us in a torrential rainstorm and buffeted us with angry gusts that seemed about to take the earth from beneath us. Waving the white flag on our summit ambitions, we retreated to the Gaddagh but found that the gentle stream of earlier was now a raging waist-high maelstrom. Our only option was to pendulum across while attached to a rope held by someone farther up the bank of the stream.
The first person in was immediately knocked over, and would have been carried away but for the rope lifeline. Everybody eventually made it across, but it had been a close call, and we knew we had been lucky. Not so lucky was a Limerick doctor who was swept to her death while crossing the river in 1987 and is now remembered on one of a series of poignant plaques in Mealis commemorating those who have perished on Carrauntoohil and the surrounding uplands.
THE HAG’S GLEN , which lies above Cronin’s Yard, is well known as the prime black spot for mountain accidents, not only because of the large number of hillwalkers attracted by Ireland’s greatest concentration of five-star peaks but also because of its complex and unforgiving terrain. For a long time it has been recognised that remedial safety work on the Carrauntoohil trail that passes through the glen was badly needed, particularly at the crossing of the Gaddagh. The area is mostly in common ownership, however, and until now there has been no consensus about the safety measures that were required.
John Cronin, who runs a cafe for climbers at the gateway to the glen, believes previous initiatives failed because farmers were not adequately consulted, but this mistake is not about to be repeated. He says recent efforts by South Kerry Development Partnership – particularly its rural recreation officer, Maria Farmer – have been crucial in achieving a new consensus for the area. “She has succeeded in bringing all interested parties on board for the first time, and the result is a scheme that could see the Hag’s Glen become one of Ireland’s best outdoor amenities,” says Cronin.
The scheme that Cronin refers to is one of two pilot initiatives nationwide – the other is at Clonbur, Co Galway – which operates under the remit of the newly inaugurated Mountain Access Scheme. These initiatives are aimed at kickstarting an era of responsible recreation in high mountain areas. The objective is to put aside the rancour and bitterness that have bedevilled upland access for more than a decade and instead develop a consensus based on mutual respect between landowners and recreational users. This approach contrasts sharply with a legislation-backed general right to roam that has been adopted as the model in other jurisdictions, including Britain.
Already, a safety dividend has emerged from the Hag’s Glen initiative, with accidents now unlikely at the main river crossings. With support from the landowners, two footbridges, sponsored by the Killarney-based crane company Leibherr, have been built over the Gaddagh and a tributary stream by Kerry County Council.
Cronin is particularly pleased with this initiative. “The footbridges mean the Gaddagh is no longer a safety issue. Walkers now have parking and toilet facilities before they set out for Carrauntoohil, a safer walk to the summit and the comfort of a shower and food when they return. It’s a much better package and far more likely to attract tourists,” he says.
But what about walkers who are not about to tackle our highest mountain? According to Cronin, all levels of walking will be catered for. “A loop walk is presently under construction that will allow low-level ramblers and families a unique view of the great cliffs and ridges on the northeast face of Carrauntoohil.” 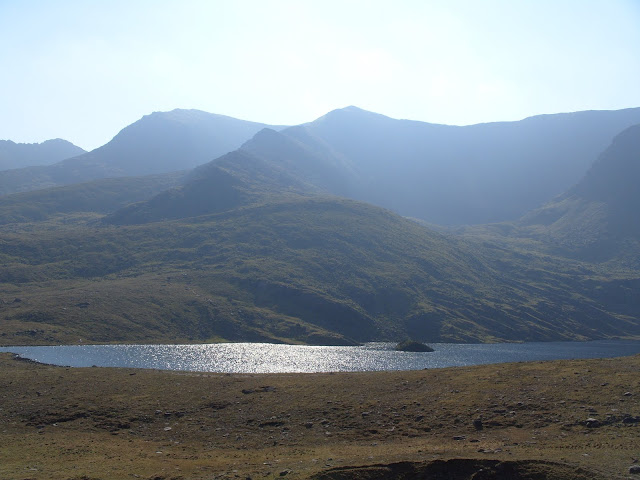 Maria Farmer will be responsible for implementing the Mountain Access Scheme in the Hag’s Glen. She is quick to say there is no monetary reward for farmers under the pilot scheme and that the project is built around understanding and goodwill. “Landowners in the Hag’s Glen have always welcomed walkers and allowed unrestricted access for generations. They are happy to continue doing so, provided their main concerns are met, but in the past these were not given due respect.”

Insurance is the farmers’ principal worry, and this is being addressed under the pilot scheme, with landowners now indemnified against actions arising from walkers or other leisure users. “Dogs are also a problem, as are irresponsible visitors who fail to abide by the country code,” says Farmer. “We are now addressing these issues, and we will be erecting signage with information on responsible walking at the access points to the glen.”
DAVIE O’CONNOR, WHO earns his living farming in the Hag’s Glen, is surprisingly sanguine about the increasing numbers of walkers passing through his land. “All my life we have allowed walkers access, and we are happy to go on doing so once they behave responsibly,” he says. He will continue to provide this access without compensation, but he welcomes the recent spending on facilities at Lisleibane. This includes the resurfacing of the access road, and the new car park. “Up to this we had parking all over the place – in the fields and blocking gates,” says O’Connor. “Most walkers now create no problems for us whatsoever.”
Every mountain is, of course, a work in progress, and the increasing footfall has also created new problems at the Devil’s Ladder, which lies at the head of the glen. This mountain gully, which has traditionally been used as a main access route for Carrauntoohil, has in recent years become dangerously unstable. Cronin believes that with the new accord emerging locally this gully will be the target for the next phase of the pilot scheme, “making Carrauntoohil even safer again for walkers”. In the meantime, he urges visitors to consider using the many other fine routes leading to the roof of Ireland.
On the evidence of the Hag’s Glen, the Mountain Access Scheme appears a laudable departure that has gone a considerable way towards developing a consensual model for responsible recreation in the Irish uplands. If, in time, agreement can be reached on rolling out the scheme nationwide, it clearly has considerable potential for proving the ancient adage that fine things happen where men and mountains meet.
PrevPrevious
NextNext
×